We spent the last two weeks in June and the first two weeks of July, 2007, mostly in northern Washington. We were worried that a month in our tiny trailer would be too much. It wasn't. We started out on the Olympic Peninsula in the Ho Rain Forest: 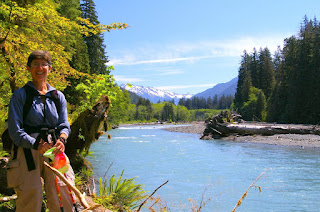 Our "RV park" was in back of a remote café; the elk paraded across every morning and evening: 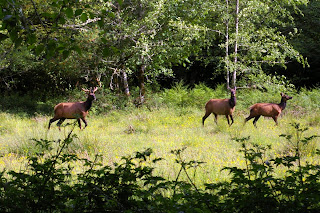 We took a hike along the South Fork of the Ho River on a misty day; we hiked for eight hours and didn't see another person. The ferns were enormous -- -- more like trees than bushes: 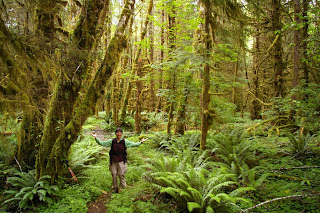 We discovered that the horsetail ferns had an intricate radial structure when viewed from above: 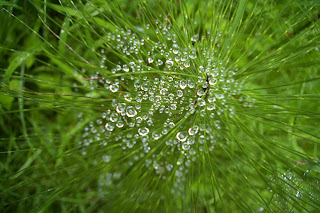 We then moved to the northern part of the peninsula, staying in the Elwha Dam area. Sol Duc Falls was very impressive: 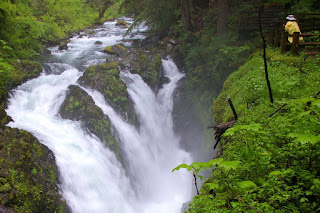 One afternoon in Port Angeles, we spotted this "wildlife" creature calmly sifting through a garbage can: 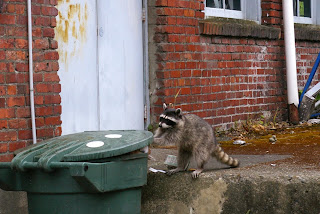 On a snowy morning, we went up to Hurricane Ridge. The marmots were striking noble poses for us: 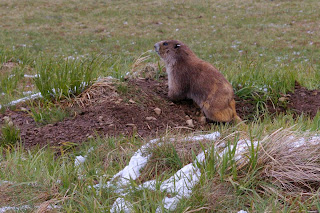 Across a snowy meadow, we saw a deer and her fawn. The fawn suddenly realized that his mother had gotten too far ahead of him: 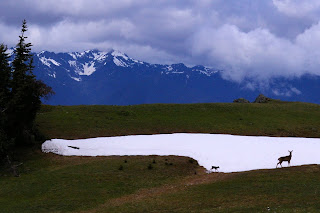 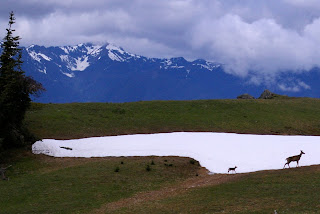 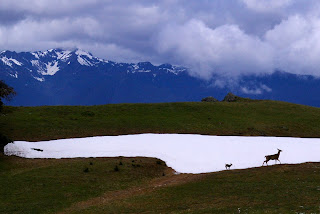 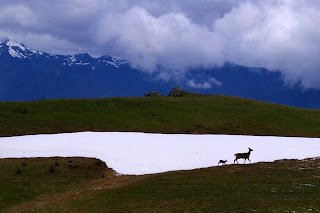 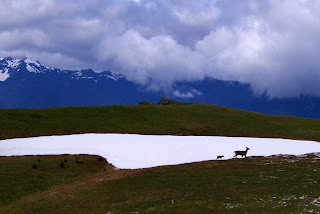 From the top of Hurricane Ridge, we could see the skyline of the central Olympic Range: 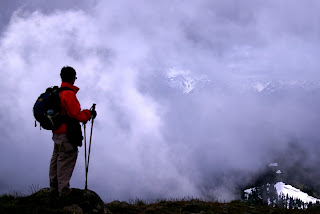 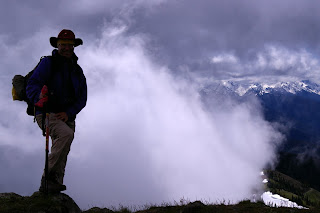 After about a week in the Olympics, we took the ferry over to the Bellingham area and then camped in a primitive campground near Mount Baker. If you click on this picture, you should be able to see the glacier: 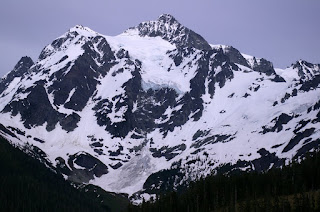 Several of the hikes in this area were pretty snowy; sometimes, we had to turn back because of avalanche chutes. But the snow caves were rapidly melting: 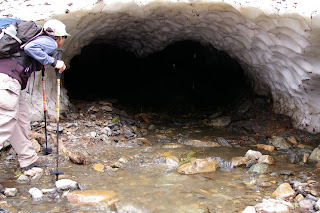 As soon as the snow would melt, the wildflowers popped out. These are glacier lilies: 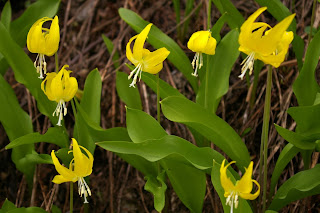 And these are penstemon: 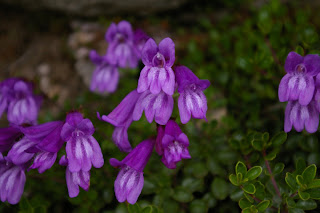 The columbines were everywhere: 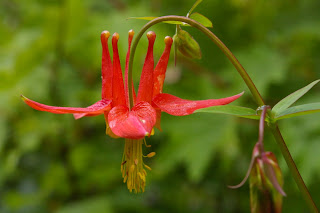 On a snowy and windy afternoon, we decided to go for a "snowshoe hike" up on Mount Baker: 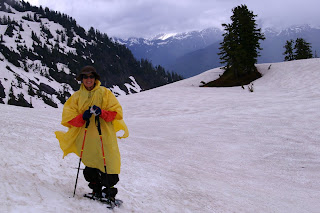 Everywhere we looked, there were waterfalls and streams; I don't think that we were ever away from the sound of running water: 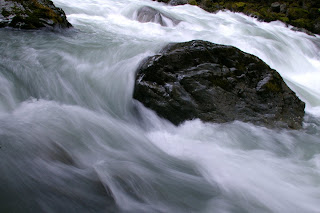 In early July, the weather warmed up, and we headed for the Central Cascades. This is a view from Sauk Mountain, toward Canada: 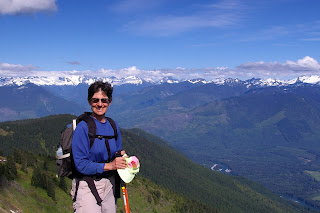 Mount Baker, which was now to our north, looked a lot different in the sunshine: 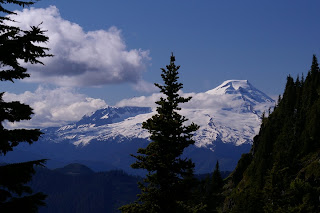 We hiked up Cascade Pass. The trail passed Johannesberg Glacier, which was shedding large blocks of ice into the canyon. It sounded like thunder: 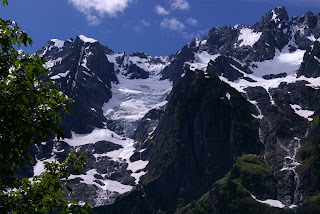 Along the trail, there were fields of leopard lilies: 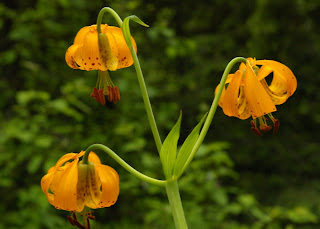 We later headed over to the east side of the Cascades to Leavenworth. It was very hot, but the streams and waterfalls were lovely: 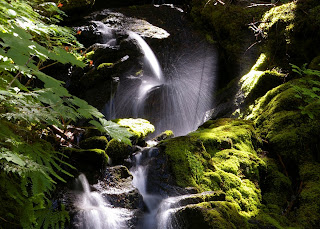 We left Leavenworth earlier than we had planned (because of the heat) and headed over to the Snoqualmie Pass area. This is Franklin Falls: 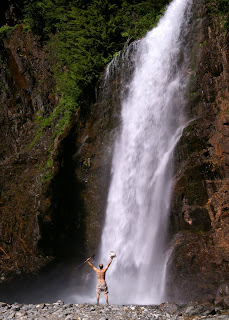 One evening, we went to Snoqualmie Falls and saw a spectacular sunset: 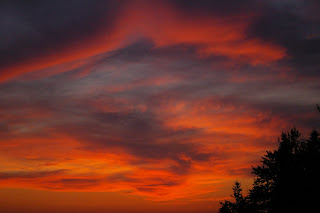