In June of 2005, during the peak of the snowmelt, we headed into Kings Canyon. The river was thundering: 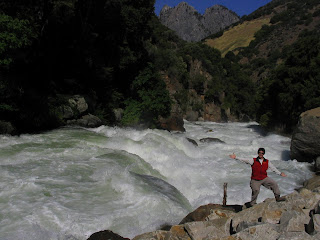 This is the Great Western Divide, from the top of Little Baldy Peak: 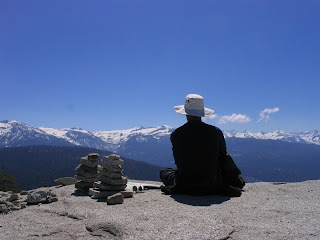 The bears were prowling around, looking for some early-season sustenance. This picture was taken with a telephoto; we were probably 100 yards from the bear: 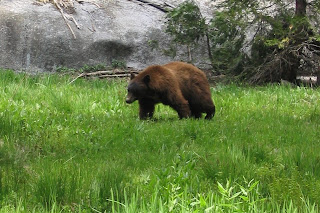 In the early season, just after the snow melts, the "snow flower" or "snow plant" pokes up through the leaf litter. It does not have any chlorophyll and is something like a fungus: 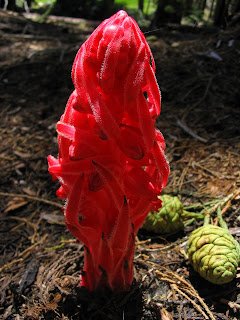 That was a close-up. Here is what the snow flower looks like, next to a Sequoia: 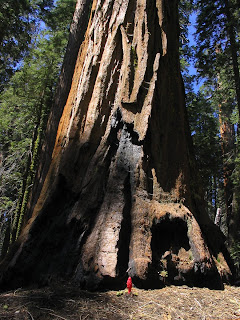 Posted by Dan Schechter at 8:13 AM No comments: