In January of 2006, we did a few days of skiing at Snowbasin in Utah, north of Salt Lake City. The mountain was huge; the runs were very long, and all of them were served by high-speed gondolas. As a result, even though we were in pretty good shape, we were tired out by midafternoon everyday, just because we had done so much skiing. The snow was perfect. The weather was sometimes foggy and sometimes sunny. Even though this was shortly after New Year's Day, the runs were wide open: 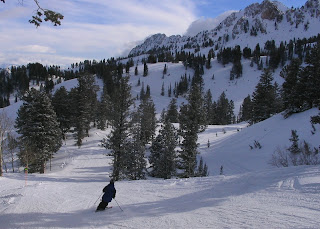 Skiing in the fog and the falling snow was a little challenging: 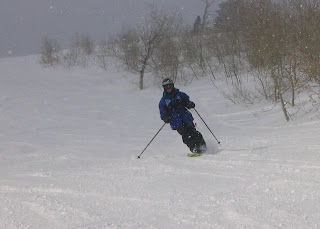 This tree makes it look colder than it was. I doubt that it was often lower than 20 degrees: 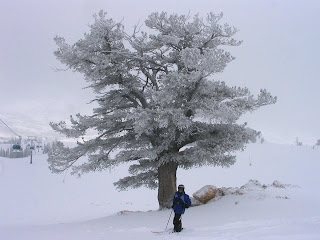 Alongside one of the runs, there was a frozen pond: 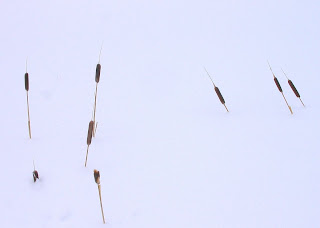 The nearby Ogden Valley was still largely agricultural, although some development had begun: 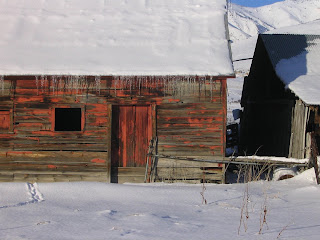 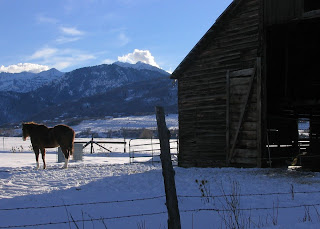 Posted by Dan Schechter at 8:02 PM No comments: