No trailer this time -- we snagged a spur-of-the-moment reservation at Reverse Creek Lodge in June Lake.

February 7:  We arrived at our funky A-frame cabin and immediately attacked our supply of recreational consumables: 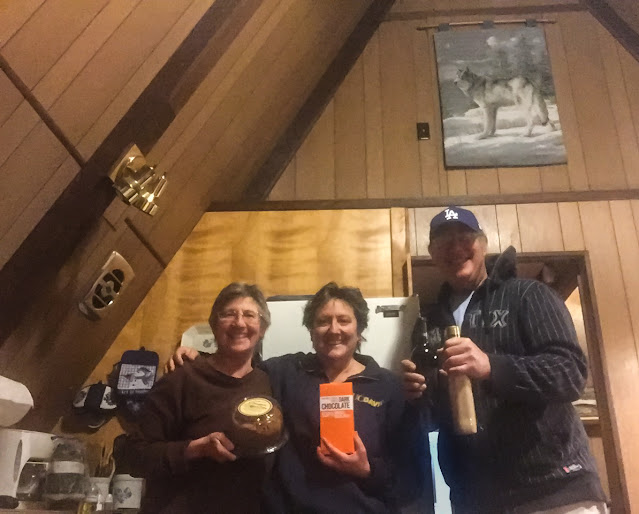 February 8:  Through the trees, we could see the sunrise on Carson Peak from the deck of the cabin:

June Mountain still had enough snow, and there was virtually no one else on the hill: 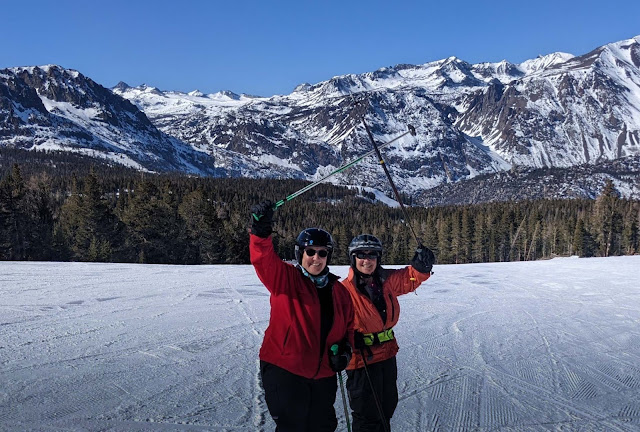 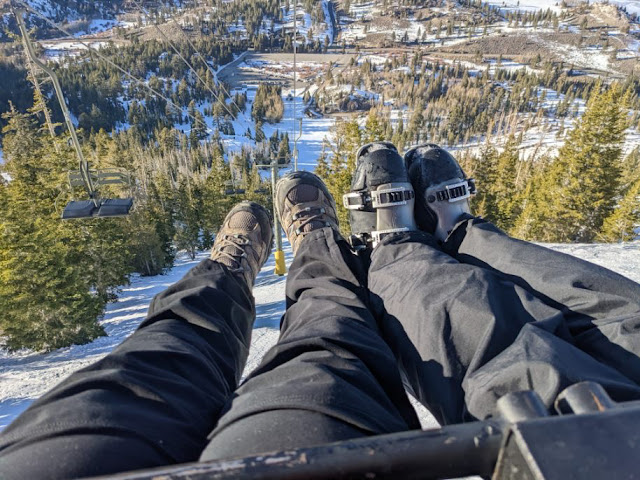 February 9:  We thought we were going to need our snowshoes at Obsidian Dome, so we gathered all of our equipment in the morning.  (As it turned out, the snow was hard enough that we did not need snowshoes.) 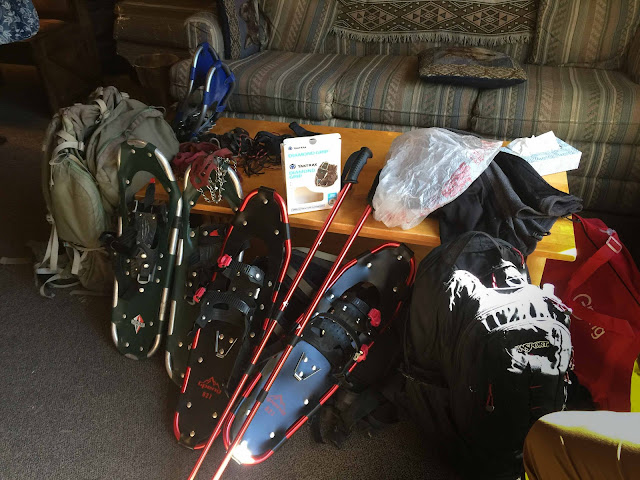 Obsidian Dome is just amazing -- this steep volcanic plug just punched its way up through the crust: 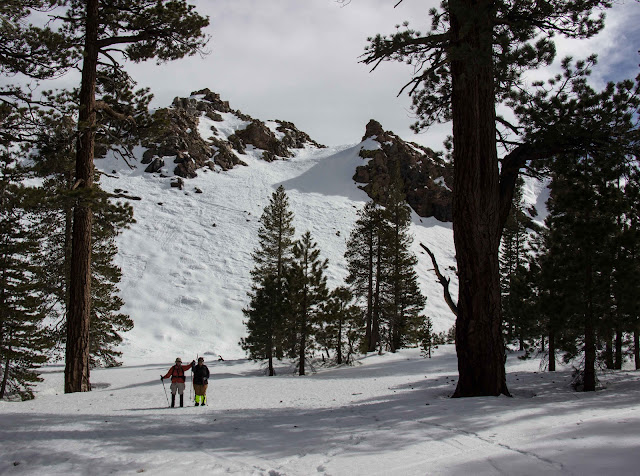 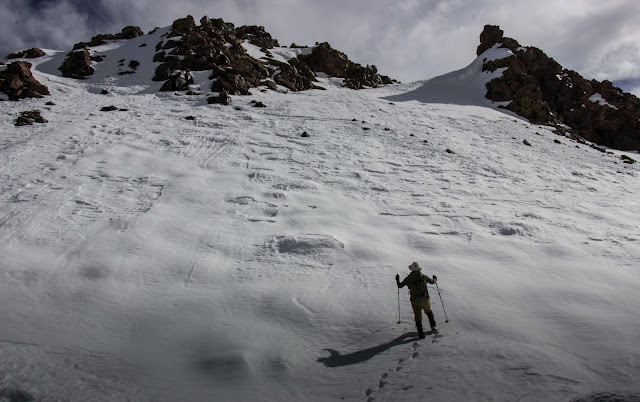 Even though we've been to the dome a few times, I'd never really noticed that much of the rock is a mix of orange and black -- the orange color is probably evidence of iron: 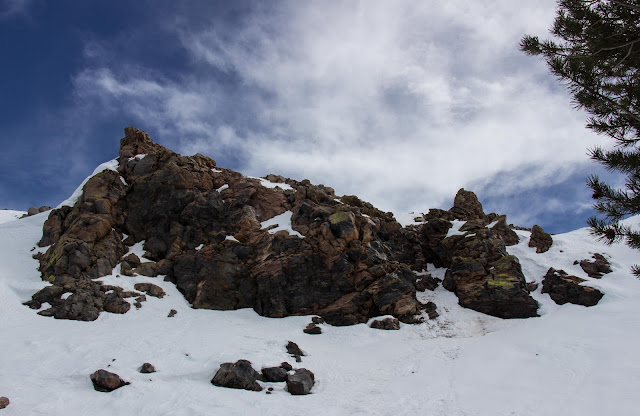 Looking at the rock even more closely, we could see parallel orange layers within the rock.  After quite a bit of online research, I am flummoxed.  If I didn't know any better, I would say that this had originally been sedimentary sandstone (or maybe metamorphic?) that was later melted into volcanic glass: 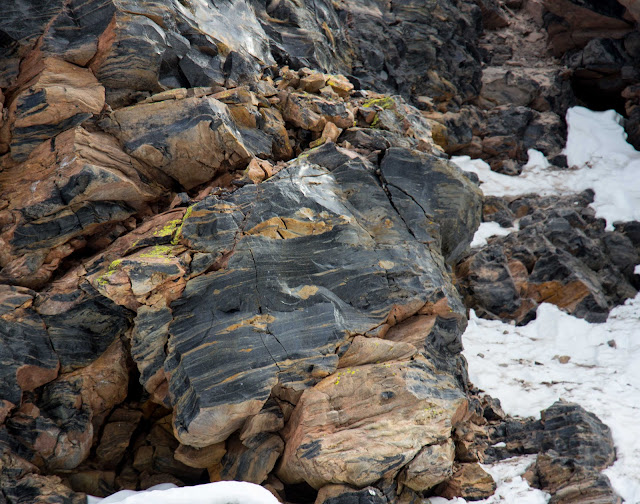 But none of the published material on Obsidian Dome even mentions the obvious layering.  And it seems unlikely that any of my conjectural pre-eruption sedimentary strata could have remained intact through the cataclysm that created the dome.
There's no doubt that this is fused silica, aka glass -- very shiny! 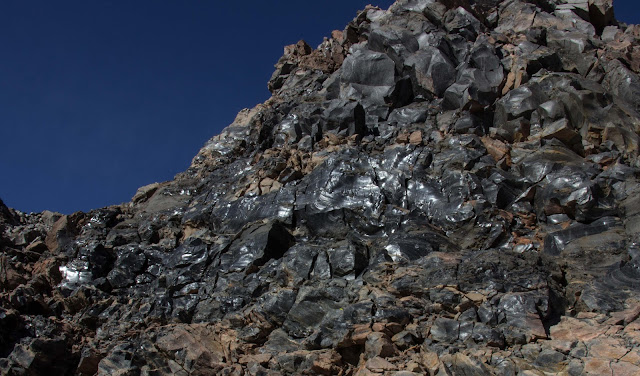 As we rounded the south end of the dome, we came to an old mining road that conveniently led to the top of the hill -- notice the moon in the upper left corner: 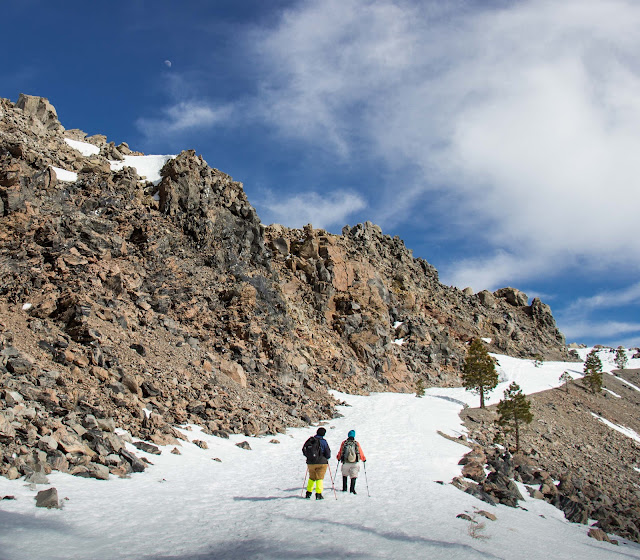 From the top, we had a fine view of the skyline of the Mammoth Lakes area: 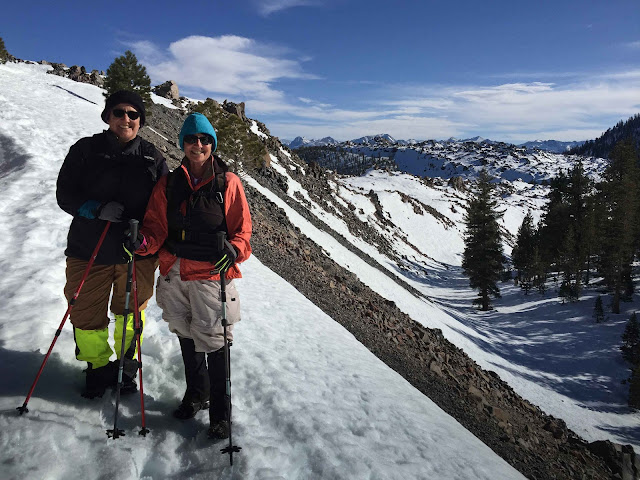 February 10:  We took the Minaret Vista hike on snowshoes, starting at Mammoth Mountain Lodge.  We could have done it without the snowshoes, but then we wouldn't have been able to wander off-trail through the forest: 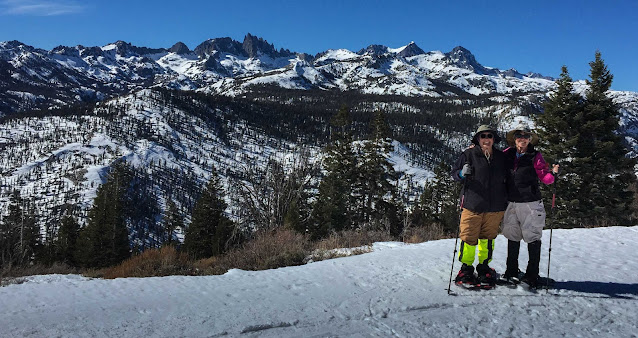 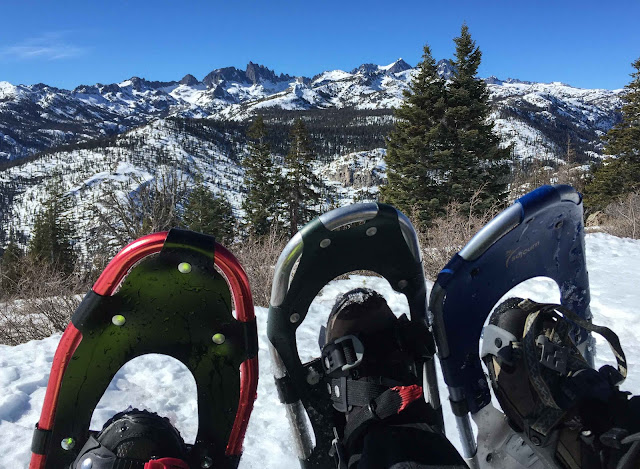 Back at the cabin, Felice and Shelley enjoyed their hot chocolate on the cold deck: 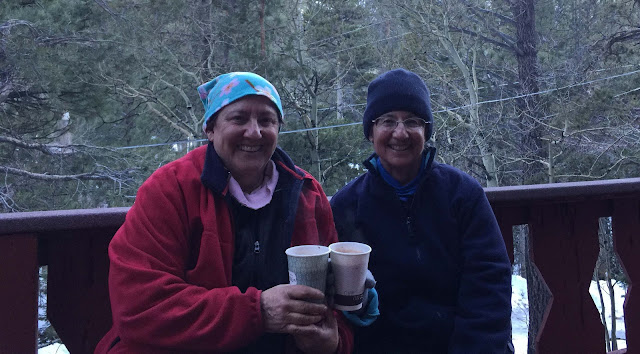 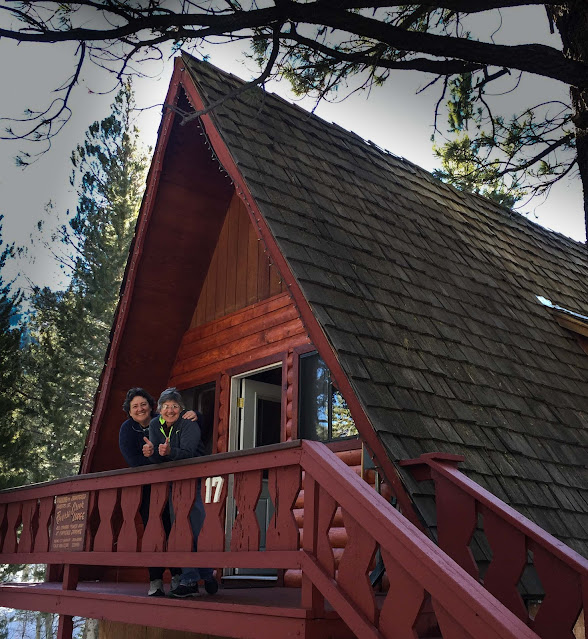 Posted by Dan Schechter at 6:43 PM No comments: