In October, 2007, we took the trailer up to the Giant Sequoia National Monument in the Sequoia National Forest, above Porterville in the southern Sierra. The road was very twisty but not impossible. Snow flurries were predicted. We stayed at Quaking Aspen Campground at 7000 feet, which was practically deserted. After a very cold and dark night (no problem, with lots of blankets!), we awoke to find that there had been more than just flurries: 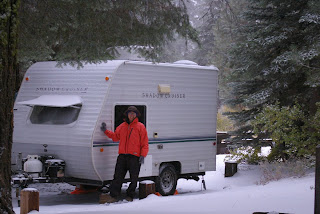 But the snow really added to the experience of hiking in the Sequoias, especially in this seldom-visited area. Freeman Grove was very impressive: 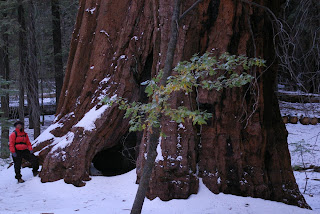 The aspens were particularly striking during the snow flurries: 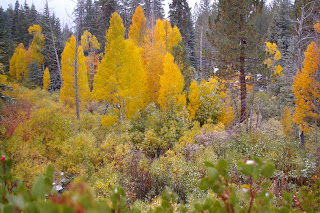 Even the oak leaves were turning yellow: 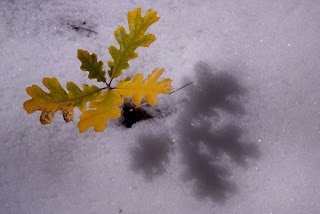 After a couple of days, the sun came out and lit up the snowy aspens: 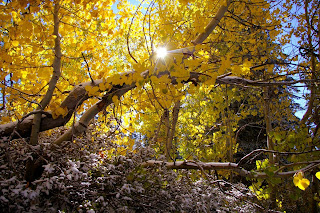 The cold nights made the aspens change color every day, going from pale yellow to gold to red: 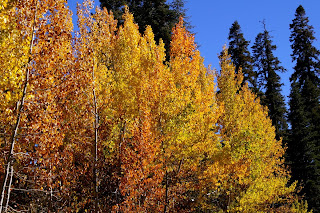 On our way back down the hill in Camp Nelson, we came across a New England-style maple: 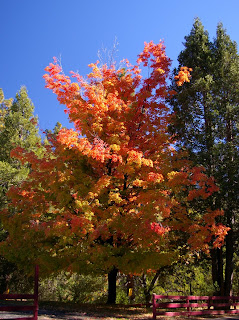 Posted by Dan Schechter at 5:43 PM No comments: