Camping in the coastal redwoods during wildflower season -- why not?  We snagged a pleasant campsite at Van Damme State Park, just south of Mendocino.

April 29:  There's a "bike and hike" trail that leaves right from the campground and winds along a bubbly stream through dense forest for a few miles.  Not really mountain biking -- more like "rolling slowly along through cool moist air next to a shady creek, stopping every so often to take pictures of flowers."

This is a trillium -- we thought it was different from the white ones we've seen elsewhere, but it turns out that they change color as they mature: 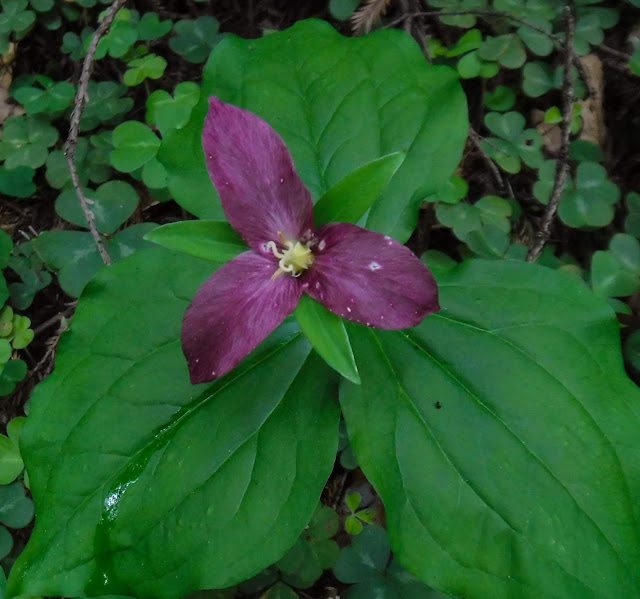 These are "baby blue eyes" -- they are very tiny (each less than half an inch), but full of detail: 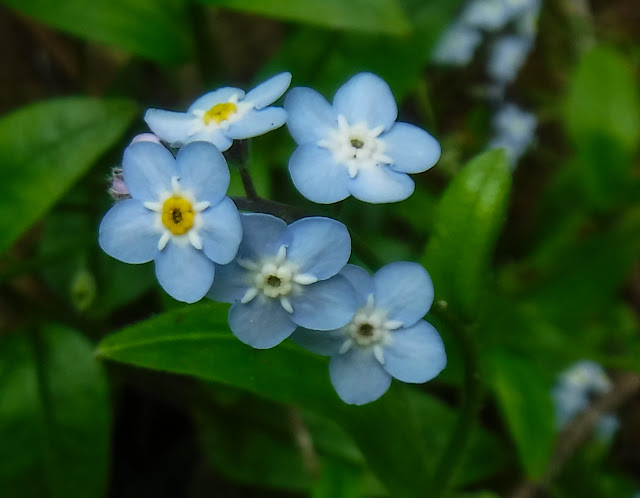 During the "hike" portion of the trail, we went up to the pygmy forest.  The acidic boggy soil drastically slows down the growth of the trees -- this little guy is over a hundred years old and is just a few feet tall.  This is a Mendocino cypress, which is ordinarily a very big tree: 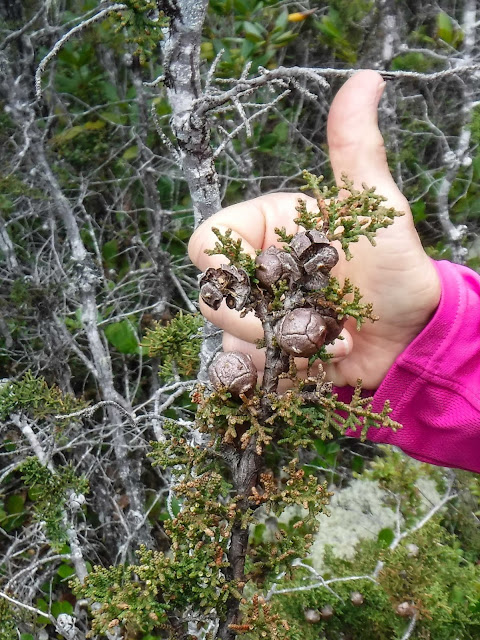 The rhododendrons were just coming into bloom: 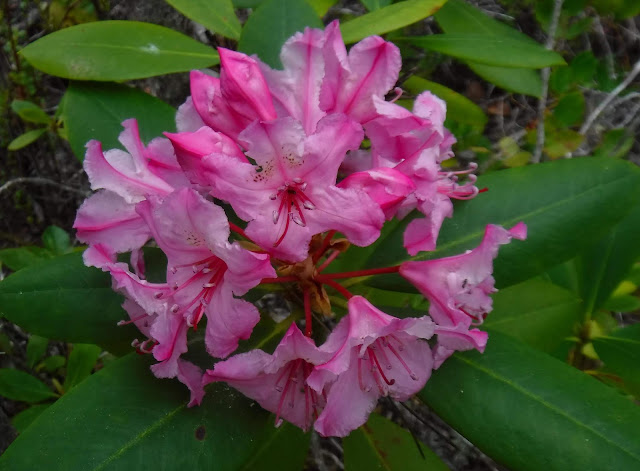 April 30:  We went to Russian Gulch State Park, not far north of Van Damme.  In the morning, we walked around the headlands, on the edge of the cliffs overlooking the ocean.  The color of the water was indescribable -- a swirling luminous mix of emerald, turquoise, aquamarine, and cobalt.  (OK, so virtually indescribable.) . We've spent thousands of hours in and on and near the Pacific -- but the Mendocino Coast on a sunny day is astonishing: 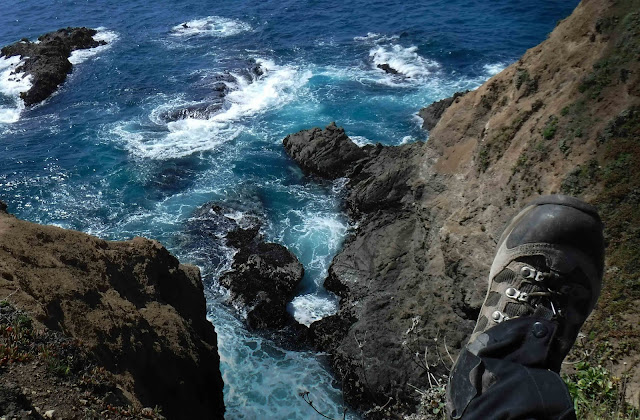 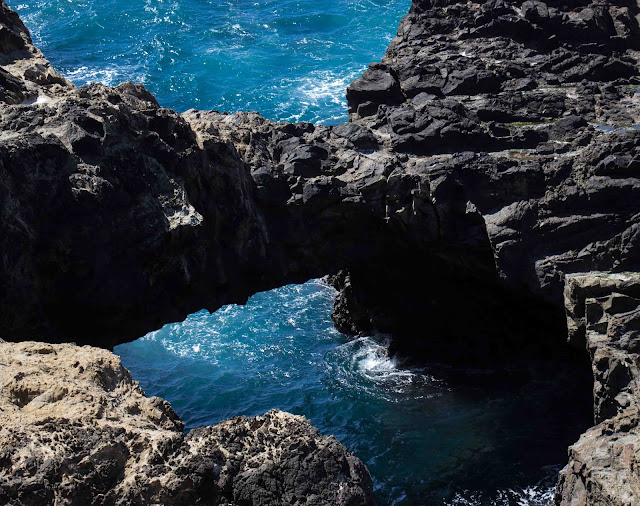 It was breezy -- that yellow flower refused to hold still for the photo: 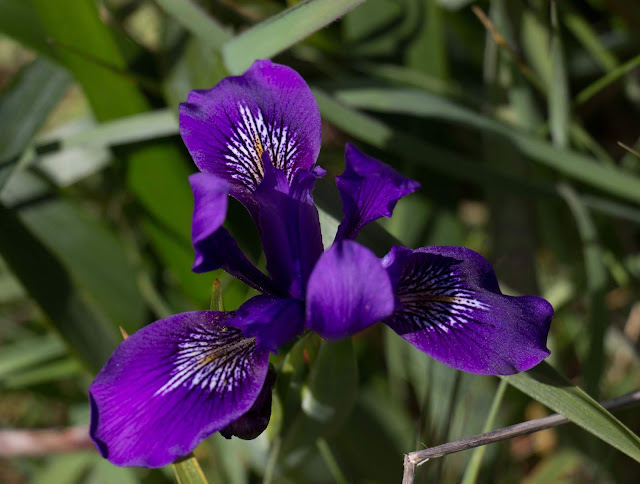 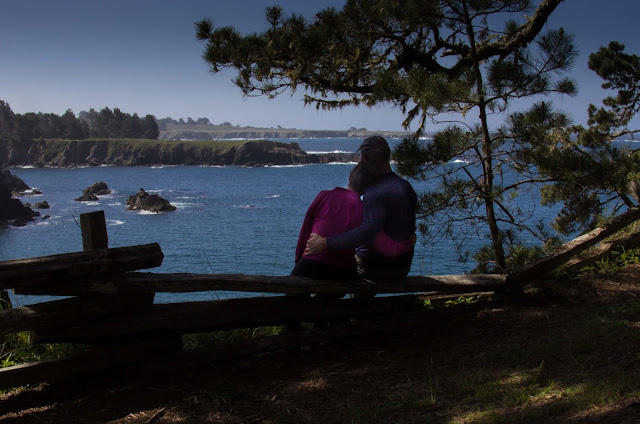 The bike-and-hike trail at Russian Gulch was much like the one at Van Damme -- not spectacular, but very relaxing and lovely:

May 1:  We headed up the coast to Ft. Bragg and the recently-opened Noyo Headlands trail, on the site of the Georgia-Pacific lumber mill.  This new trail is a tremendous asset for the town, which is struggling to recover from the death of the logging industry.  There are many miles of paved biking and hiking paths, winding in and out along cliffs above the rocky coastline.  We spent the whole day riding from the Noyo River to the Ten Mile area north of town, a round-trip of almost 20 miles. 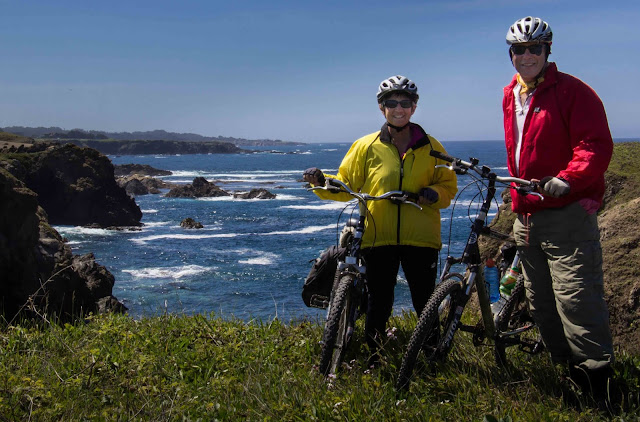 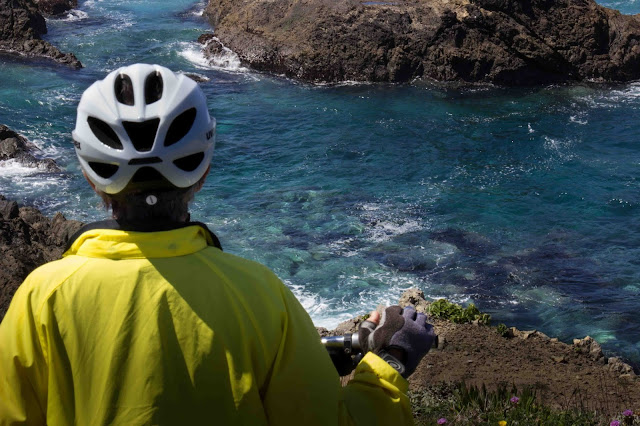 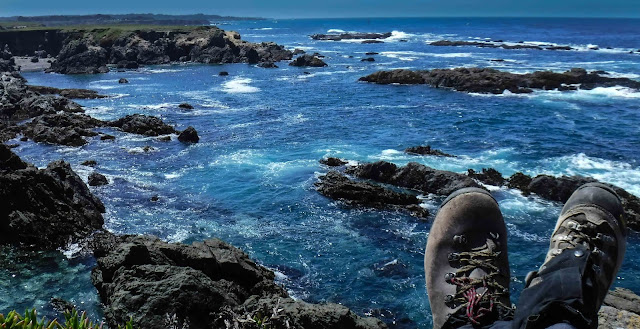 Even though this entire area was an industrial site, they've done a great job of removing the asphalt and "re-soiling" the marine terraces.  (I claim coinage of the term "re-soiling.")  The poppies and lupines seemed perfectly at home: 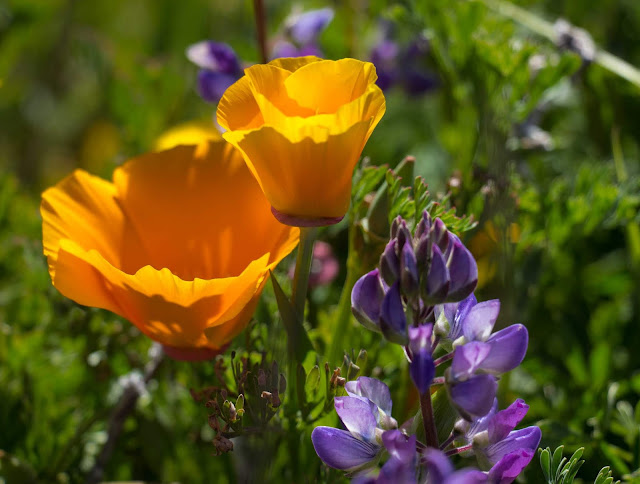 More evidence of unexpected post-industrial loveliness:  for many years, the town apparently dumped its garbage, including glass bottles, into the ocean.  The glass fragments somehow remained on-site and have been rounded by the waves into bright pebbles at (wait for it) Glass Beach: 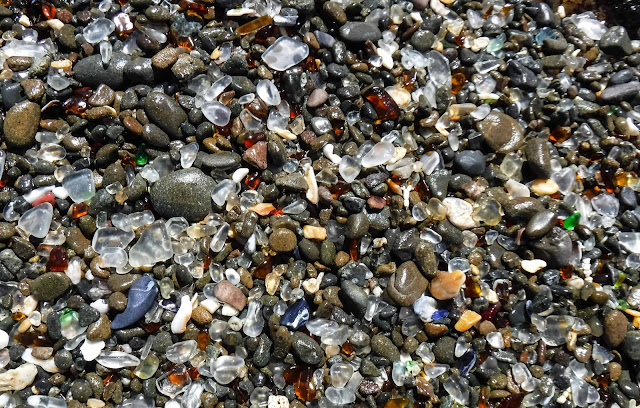 All along the cliffs, there were groups of big harbor seals sleeping on the rocks, soaking up the sunshine.  This mom and her pup gave us the eye from their bed of barnacles, while their huge neighbor snoozed on: 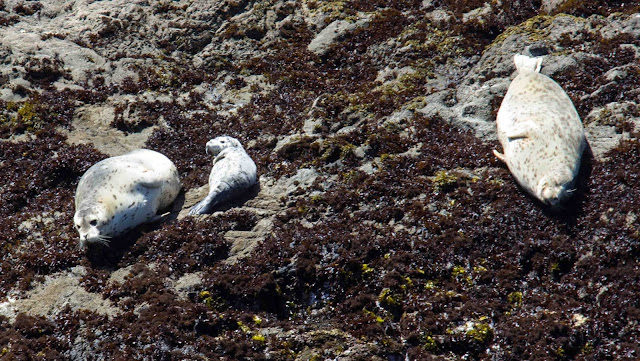 May 2:  We took a long and twisty drive to the Angelo Coast Range Reserve east of Westport, well over an hour each way from the Mendocino area.  This is a wilderness area managed by the University of California, with several hiking trails along the South Fork of the Eel River.

While we were sitting by the river having lunch, we spotted a river otter cruising along the bank on the other side; he slithered into his muddy burrow before we could get a photo of him.  The river was clear and blue: 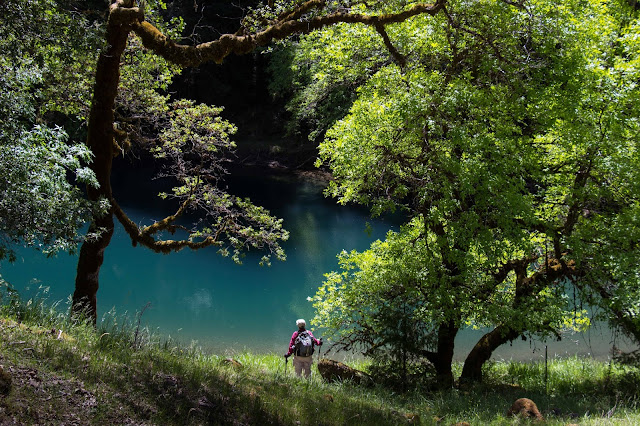 Most of the redwoods were second-growth, but there were a few of the original big trees: 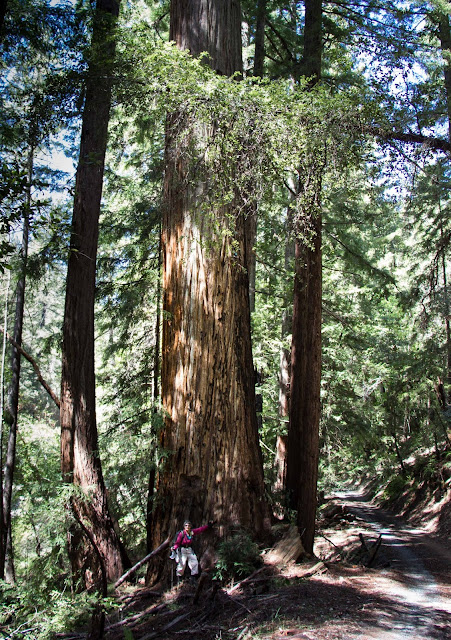 Although we enjoyed hiking in the reserve, we probably won't be back -- it's just too remote.

May 3:  Before leaving for home, we took one more morning ride along the Little River in Van Damme State Park: 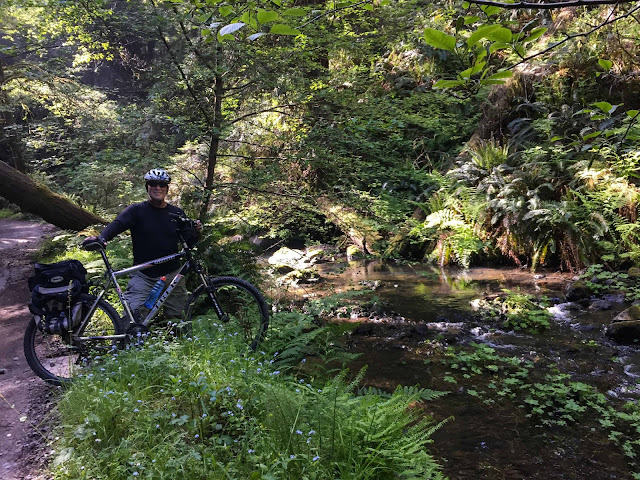