As expected, fire season had filled the mountains with dense smoke.  But after much reading of meteorological tea leaves, we took a risk:  since the monsoonal flow was predicted to trend from the southeast for a few days, the smoke might be pushed out of the Eastern Sierra temporarily.

Would we be able to see the Perseid Meteor shower, or would there be too much smoke?  Would it be too smoky for hiking?  We packed up and headed out, spending the first night in Bishop at Highlander RV park:  not beautiful, but convenient.

August 11:  We found a shady boondocking site.  Felice had obtained a three-day pass to Yosemite (reservations required), so we left the trailer and headed up to the Tuolumne Meadows area.  It was hot and a little smoky -- so instead of a major hike, we soaked in the river.

We had brought our water shoes, which protect our feet from the rocks in the streambed: 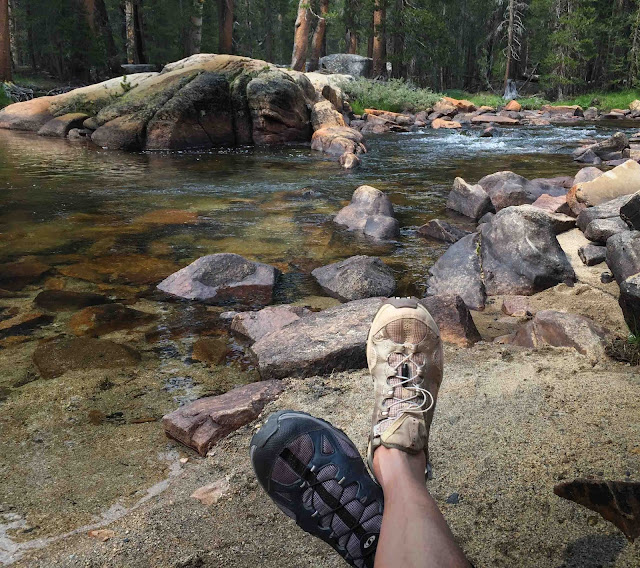 Some of us enjoyed the cold water: 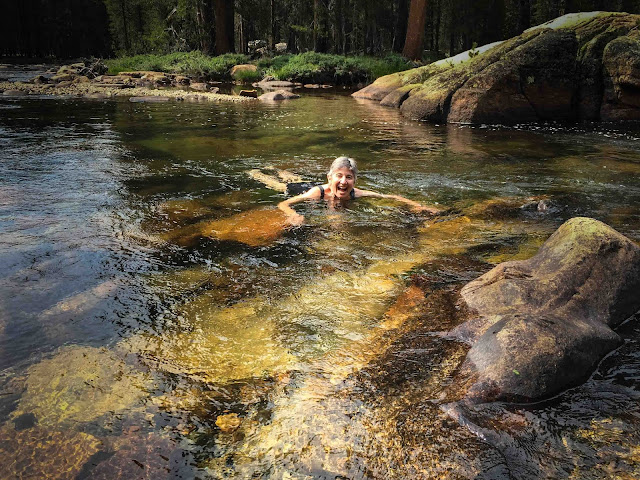 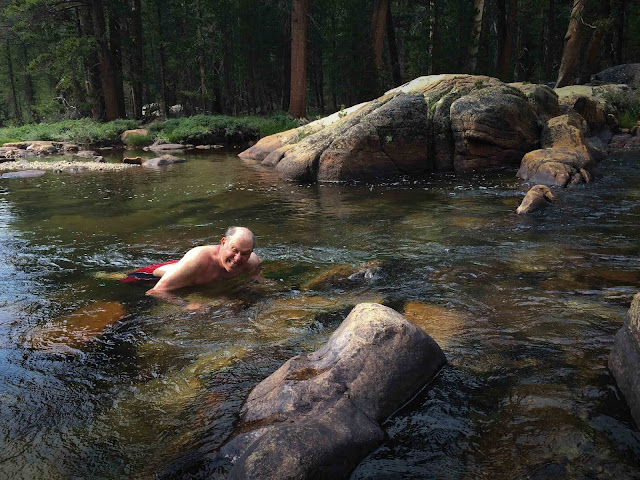 That night, we were able to see some meteors, but many fewer than in a clear year.  We've had smoke-dimmed Perseid meteor showers for several years running -- will we ever have clear summer air again?

August 11:  Another hot and smoky day, so we headed back to the Tuolumne River, hiking upstream on the Lyell Fork of the river.  We were literally hiking the Pacific Crest Trail, if only for a few leisurely hours.  The little blue triangle is the PCT emblem: 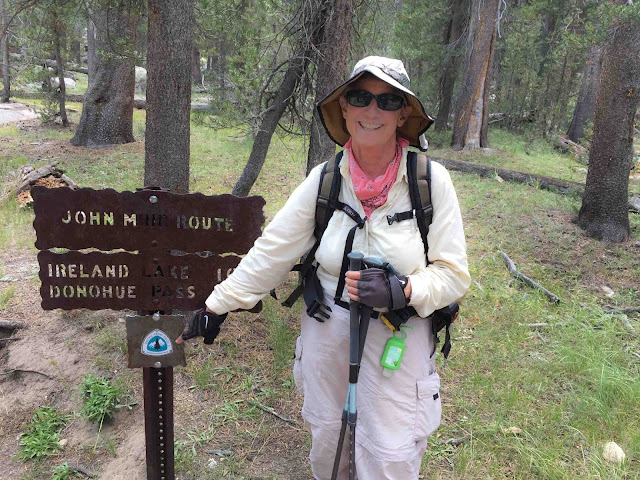 We found a cool shady place for lunch: 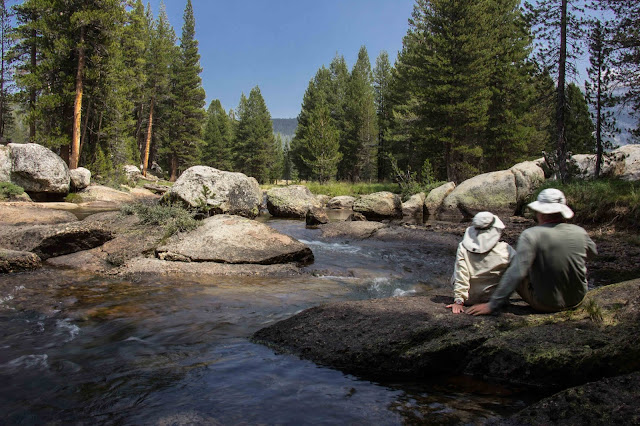 After scouting along the river bank for a good swimming hole, we decided that the best place we had seen was the one from the day before: 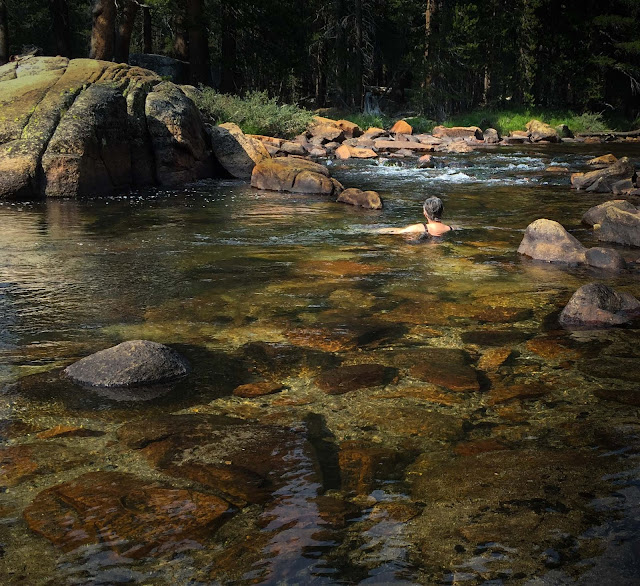 August 13:  The promised monsoonal clouds finally arrived overnight, and yes, the air was much clearer and cooler.  We took the Miner's Creek trail, which passes through the Bennettville ghost town: 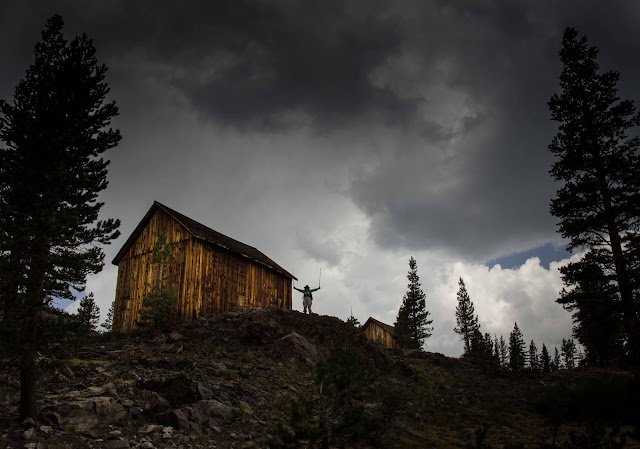 We made it all the way up to Spuller Lake.  There were a few sprinkles, as you can see from the surface of the lake: 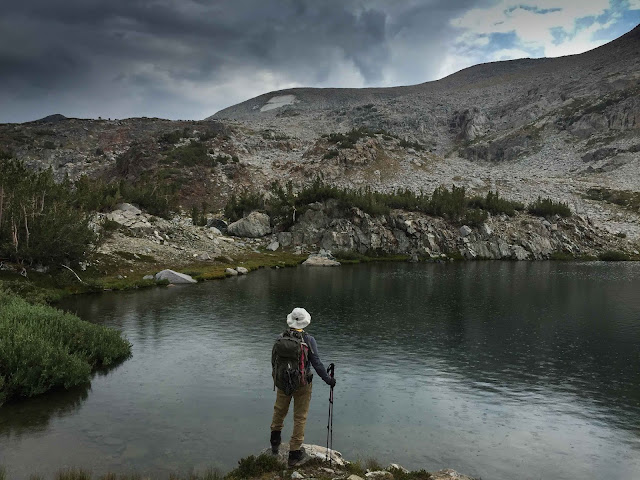 On the way back down, we stopped off at a cascade -- there were still a few wildflowers left over from the early-summer display: 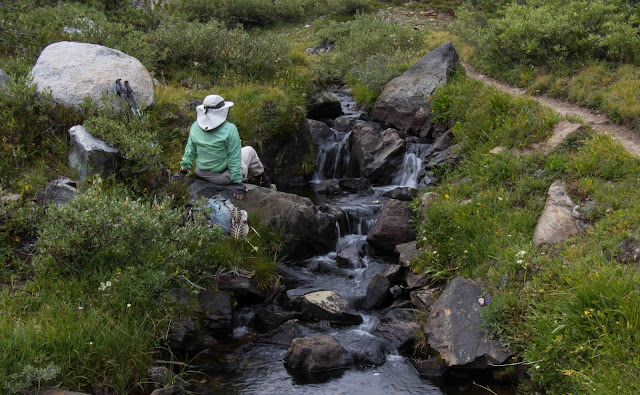 August 14:  The thick smoke had returned, so we packed up and headed south to see if the air in the Bishop Creek area was any better.  The Air Quality Index map looked promising, so we unhitched the trailer and drove up to South Lake.

The lake was almost empty -- we had never seen the bottom of the lake at the dam site.  Not pretty.  Note the huge glacially-sculpted "whalebacks," which are usually hidden by the water: 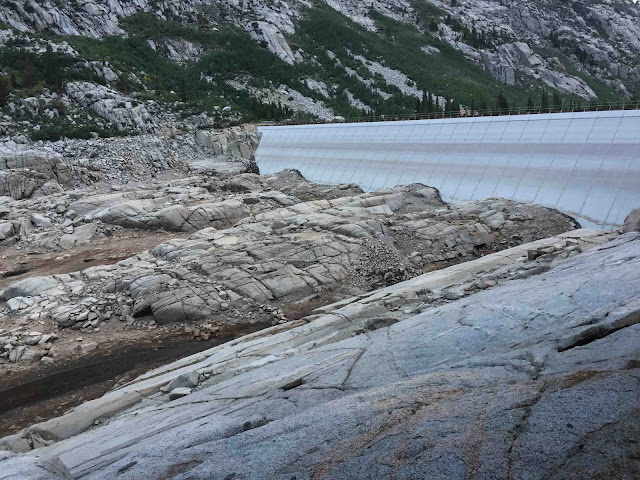 The air was fairly clear during the steep climb up to Long Lake at 11,000 feet.  In this picture, notice the dark clouds off to the left: 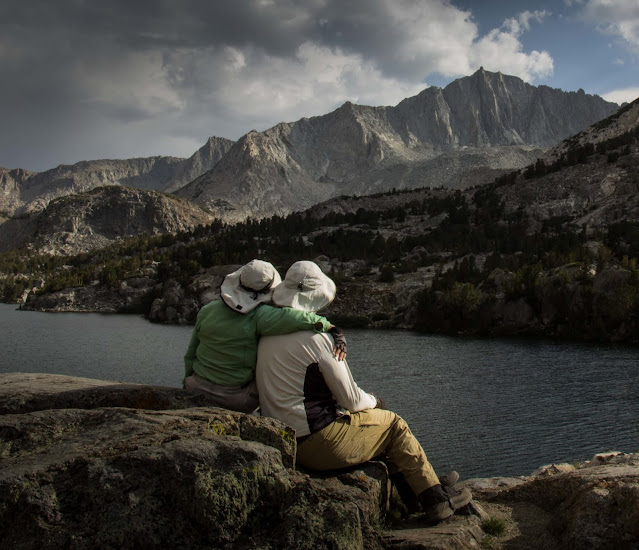 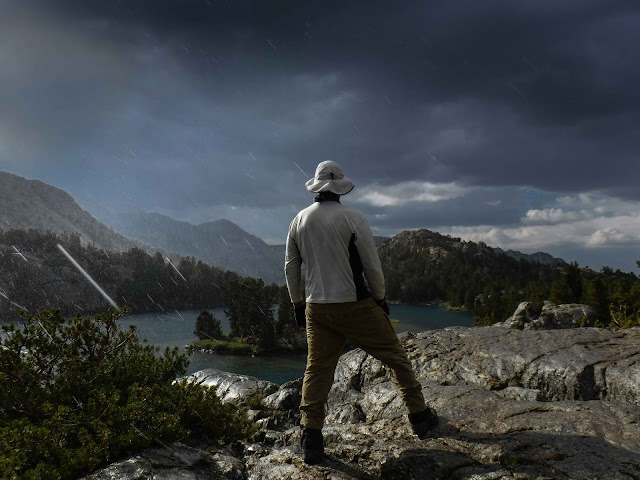 The rain had completely cleared the air, at least for a little while -- the sun streamed out from behind the clouds: 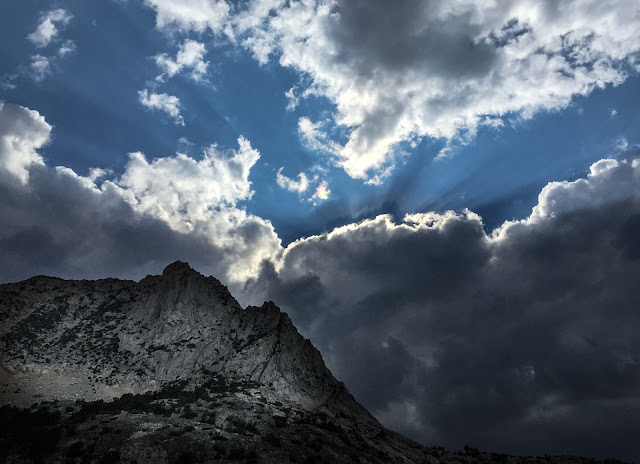 That night, we stayed again in Bishop and went home the next day.

Posted by Dan Schechter at 4:02 PM

Wow, that's quite a photo with the rain coming down at Long Lake. Very dramatic.

I also like the drama of the Long Lake storm photo. The light changes so quickly and dramatically when a storm embraces the high country. We all are learning to make the best of the choking smoke of summer. You two did an excellent job! Happy travels.

wow thanks Dan and Felice for sharing